The Illusion of Choice: Ninety Percent of American Media Controlled by Six Corporations

It is worth repeating again and again that the bulk of America’s mainline media is owned and controlled by a mere 6 corporations. This, of course, means that unless you’re already consciously avoiding these mainline media sources, then most of the news and entertainment that makes it onto your screen and into your mind comes from a small pool of corporate sources, all of which play important roles in delivering propaganda, social programming and perpetual crisis narratives to the public. 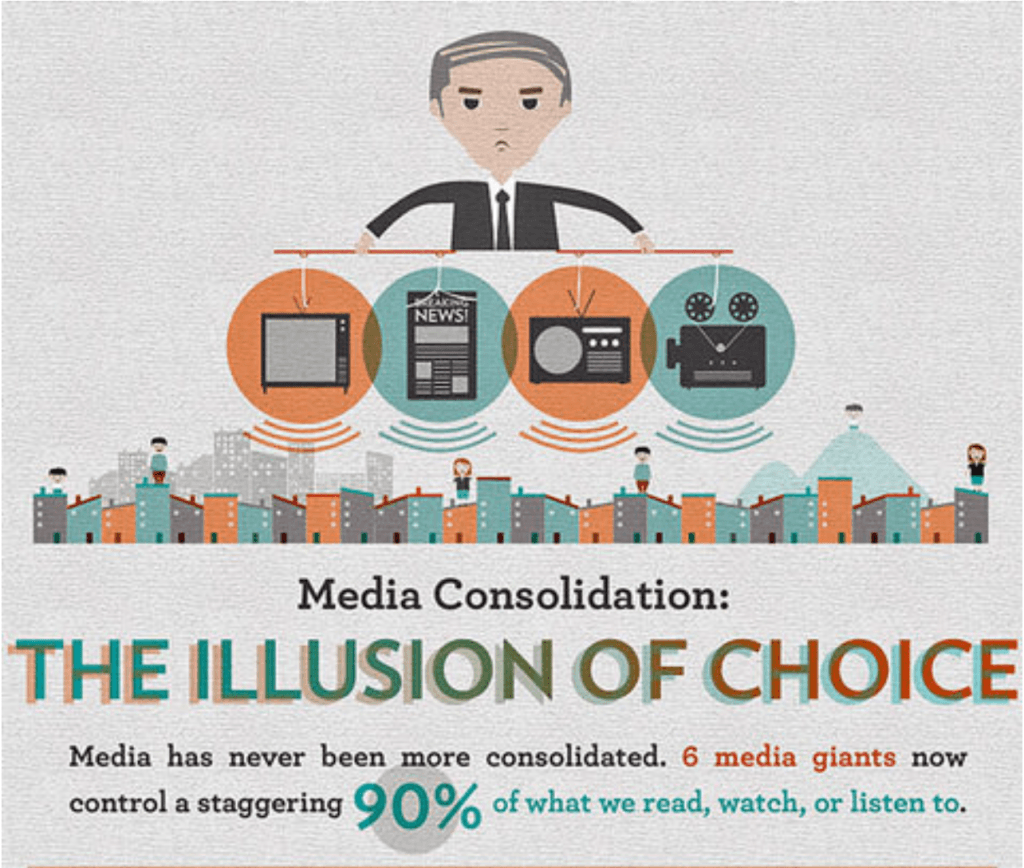 The Illusion of Choice: Ninety Percent of American Media Controlled by Six Corporations

This site uses Akismet to reduce spam. Learn how your comment data is processed.